WLK the second round of testing of the Ulduar instance, several content repair instructions

As the new version of the second phase of the WLK "Secret of Ulduar" is getting closer, Blizzard has also made some changes to the Ulduar instance, and announced the time for the second round of instance testing.

The latest news from the official website of the US server:

We’d like to again thank everyone for all of the bug reports and other data we got from the last round of testing in Ulduar. Over the past few weeks we’ve fixed many issues and made a few other adjustments to the raid,and as a result we are going to go ahead and enable Ulduar Raid testing on PTR again this coming weekend from 12:00 p.m.PST on Friday January 6th to 10:00 a.m.PST on Monday January 9th.

Thank you again for your feedback and bug reports so far!Hopefully we can see you back on PTR with us again this weekend.

Instructions for repairing and replying to the contents of the Ulduar

At the same time, the official also explained and responded to some content repairs. 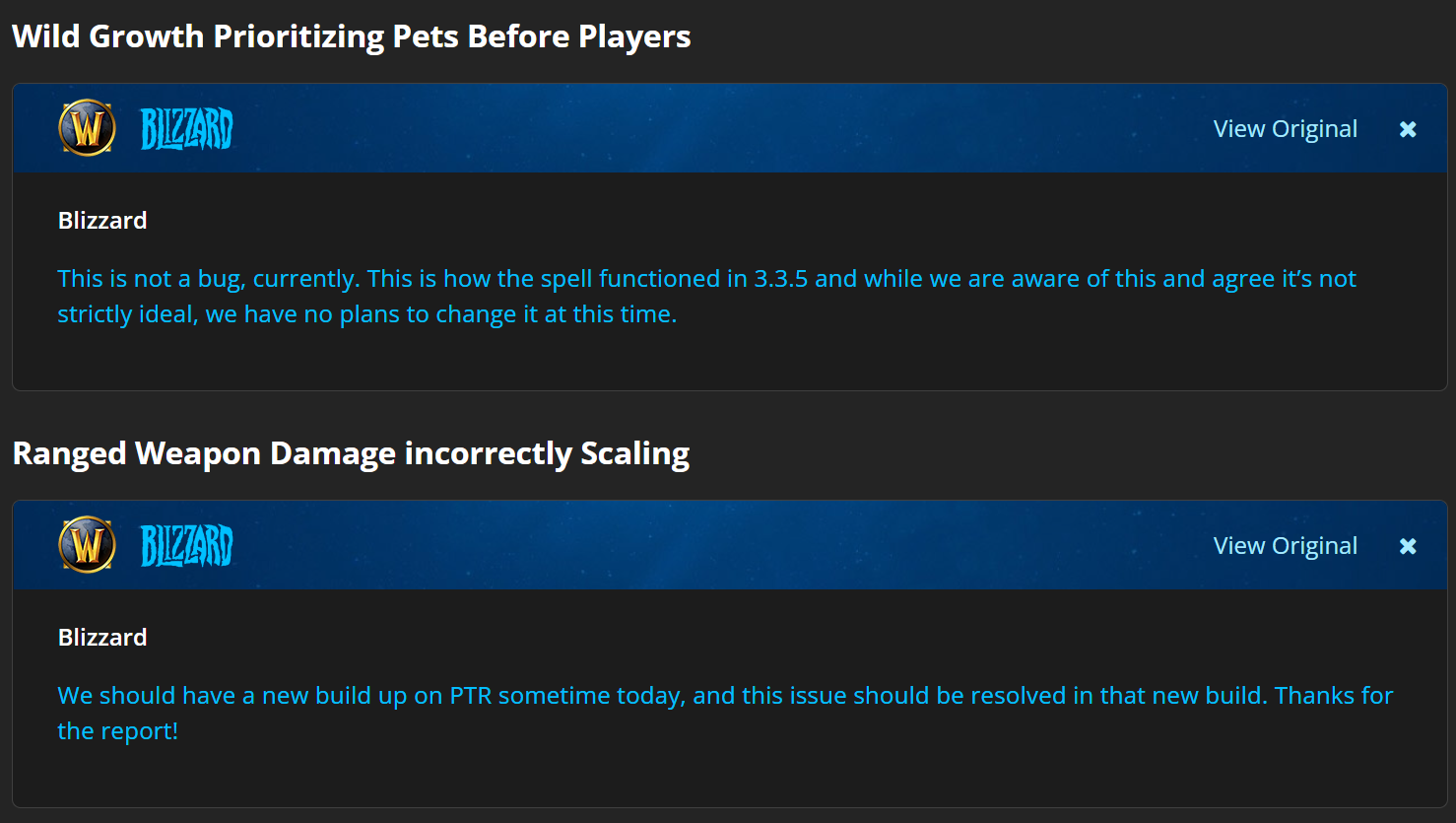 Regarding the problem that wild growth will give prioritizing pets before palyers:

This is not a bug,currently.This is how the spell functioned in 3.3.5 and while we are aware of this and agree it’s not strictly ideal,we have no plans to change it at this time.

Regarding the problem that ranged weapon damage incorrect:

We should have a new build up on PTR sometime today,and this issue should be resolved in that new build.Thanks for the report! 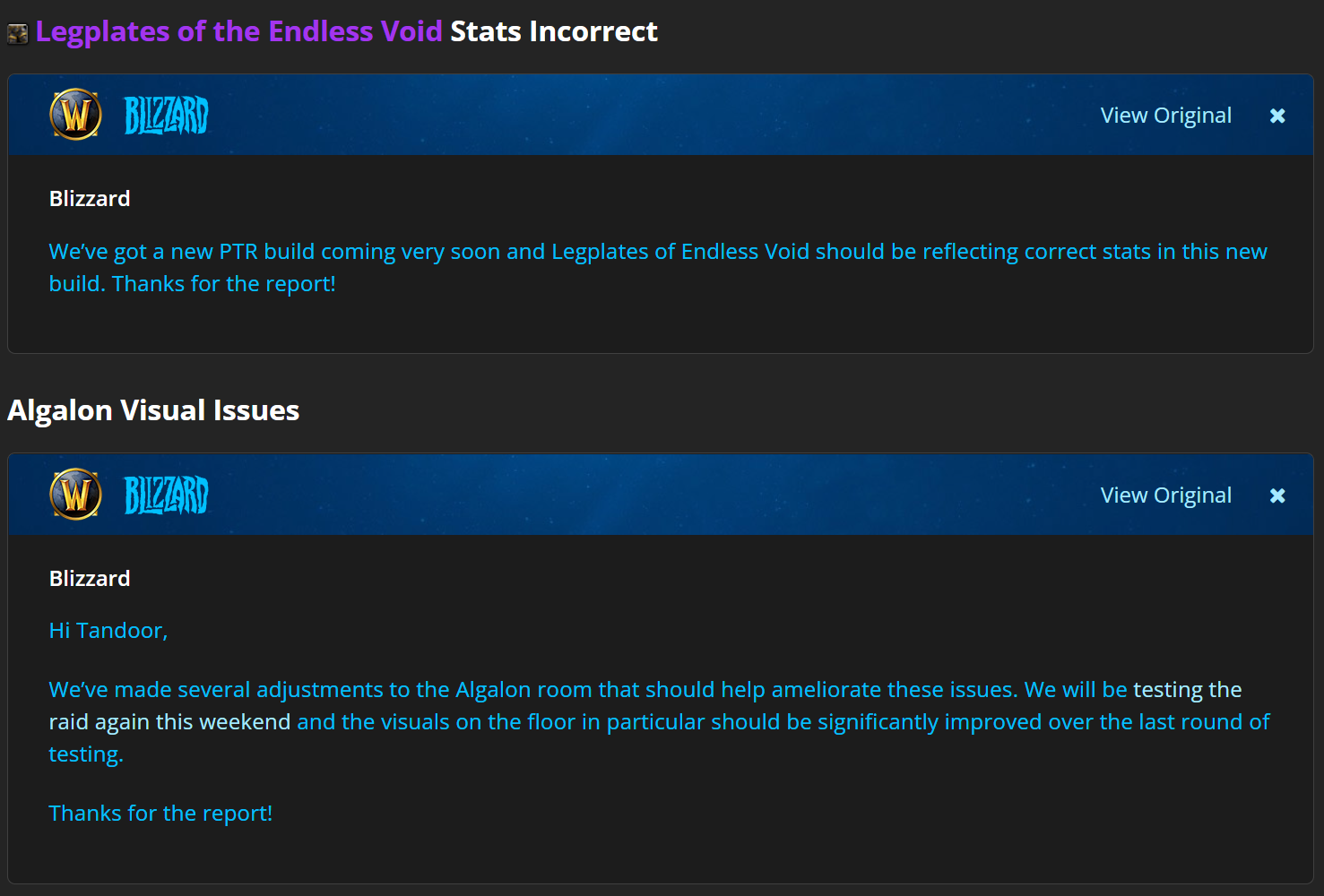 Regarding the problem that Legplates of the Endless Void stats incorrect:

We’ve got a new PTR build coming very soon and Legplates of the Endless Void should be reflecting correct stats in this new build.Thank for the report.

We’ve made several adjustments to the Algalon room that should help ameliorate these issues. We will be testing the raid again this weekend and the visuals on the floor in particular should be significantly improved over the last round of testing.

For faster access to rewards and mounts,click WoW WotLK Classic.