The world of Twitch is a wonderful thing most of the time. Players can share their experiences with their favourite games, gain a following of loyal fans and put their personality out there for all to see. However, despite this platform being a revolutionary one for gaming, it does have its flaws. Twitch has been known to slap bans on creators with no warning and no reasoning. Just look at the fiasco involving Dr Disrespect if you need proof of this. Now it seems that it’s happening to well known WoW streamers, with Ziqo receiving a ban on the 19th January 2021. 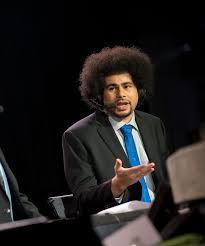 This ban came as a shock to the veteran WoW streamer who was completely unaware as to why he was banned in the first place. This ban was set to last a week but hours before he had served the full ban, Twitch reportedly rescinded the ban, backtracking on their original decision.

A Confusing Week Without WoW

For a lot of WoW players out there, content from Ziqo is part of their routine. This player has been around for a long time and his ability to play as a mage is a joy to watch and an education to many players. However, during this past week, his Twitch channel was completely silent. Fans of Ziqo began an assault on Reddit, demanding that Twitch at least give their reason for the ban but according to Ziqo in a Reddit thread, Twitch provided “Zero transparency throughout the entire affair.

It’s a move from Twitch that could easily be seen as a lack of respect for a seasoned and honoured WoW player. Ziqo was a former member of the pro esports team, Cloud9, has been a fixture of the WoW community for year’s and has tens of thousands of followers and subscribers. However, this act is on brand for Twitch who often place bans on creators with little narrative to support their decisions.

In the aforementioned Reddit thread, Ziqo was talking with fans, desperately trying to make sense of the situation. In the thread, Ziqo wrote that “I keep replaying my streams over in my head grasping for straws.” Then went on to say that he felt “like a criminal” and that he will regularly “have nightmares” about losing his account and access to fans.

Thankfully though, the streamer has been given access to his account once again. He made a short video addressing his fans and talking through the whole crazy scenario which you can watch here. In the video, he suggests that he didn’t feel like he was heard by Twitch and that he was never offered any context as to why the ban was issued.

Twitch eventually did provide an official statement after pressure from fans which reads as follows:

After reviewing this enforcement, we have determined that [the ban] was issued incorrectly,”

This short statement admits Twitch’s wrongdoing but does nothing to clarify why the ban was issued. We guess we will never know why all this happened but we are glad to see Ziqo back in action and we hope that he can continue to produce content with no further issues.

So that is our news regarding Ziqo’s ban from Twitch. What do you make of the news? Do you think you know why the ban was issued? What do you make of Twitch’s banning policy in general? Let us know in the comments section below and as always, thank you for reading.