Blizzard Some key skills of Ulduar Boss will be weakened, and the difficulty will be greatly reduced

Blizzard: Some key skills of Ulduar Boss will be weakened, and the difficulty will be greatly reduced

The PTR test server of the Wrath of the Lich King Classic  is still open, but the Ulduar group has been temporarily closed. Regarding the test of Ulduar's Boss, Blizzard has also collected a lot of data and said it will make adjustments. In the latest foreign server anchor's interview with the Warcraft Classic designer, we obtained some information on the weakening of some key skills. 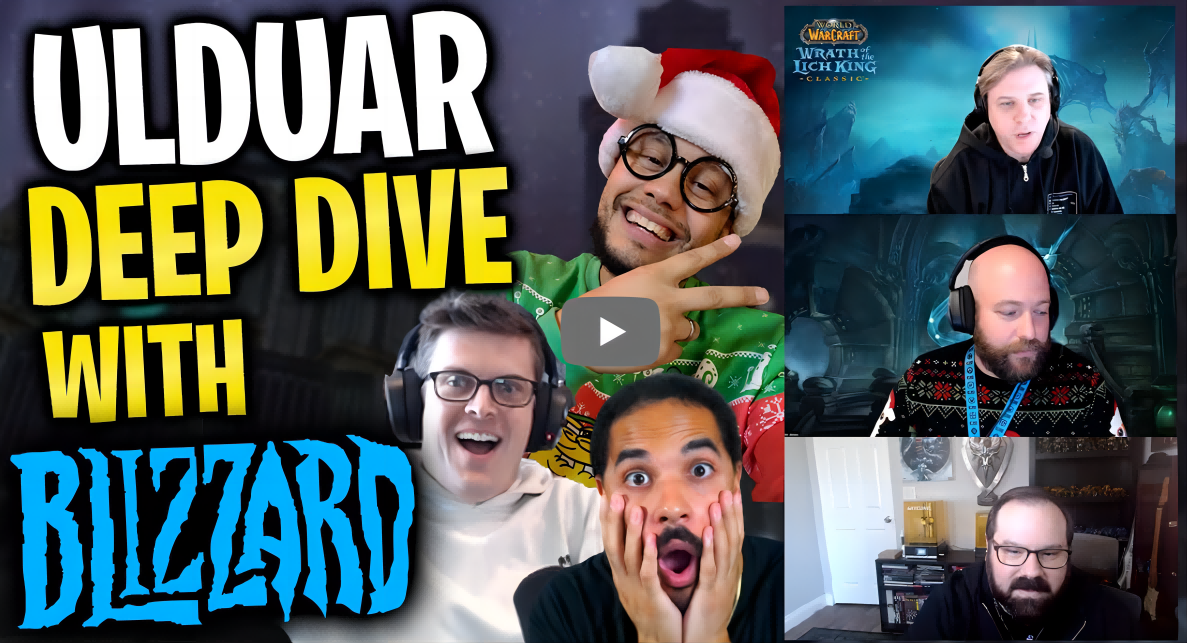 First of all, the first change is about the hard mode XT-002 Deconstructor who could not be killed on the PTR some time ago. The designer said that it will be weakened, mainly the total health value of the heart, which will be adjusted so that players do not need to use Bloodlust/Heroism to crush it. At present, no team has defeated the Deconstructor in hard mode on PTR, because the boss's numerical design is too perverted. For the team that graduated from P1 and farmed Ulduar for a week or two, it still cannot meet the kill requirements.

After this change, the player can use the explosion on the boss body without wasting the damage on the heart, so that the boss body can be killed.

The design team is currently making some changes to make it easier for melee occupations to obtain the effect of the energy buff, instead of always giving the buff directly to the boss position.

The third change is the final Boss Yogg-Saron, which currently uses a random target skill that reduces the player's sanity value. The designer said that it may be changed to the later WLK setting,it means the direction of this skill will no longer be target people with sanity below 40.

The advantage of this is that it reduces the randomness of the Boss battle, so that those players whose sanity is too low will not be killed by this random skill.

The fourth change is the hidden Boss Algalon, but what is changed is not the game mechanism, but the environment of the Boss battle. At present, Algalon’s room in the Classic version is too bright, and players may be affected when observing skills. The designer wants to restore it to the original WLK state to make it easier for players to see skills.

Finally, the designer said that Ulduar's next round of testing will return to the PTR test server after the Christmas holiday, and it should be an adjusted version by then.

The Christmas holiday in the United States will generally last until early January next year, which also means that the next round of team testing should be in early January 2023, and it will also be the last round of short testing. If no bugs are found after the test, then the second stage will be officially launched on the WLK.